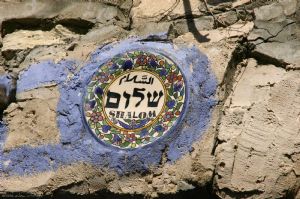 This week has been a very challenging week for me both spiritually and mentally. I celebrated my Birthday in lockdown this week and yes it was as exciting as it sounds. One the children I work with made me a card that inside said, “you deserve a great birthday; you always care about us and I can’t thank you enough for that”. This was very emotional to read, and it truly made me reflect on my Christian journey so far. At the age of 13 a group of us from the circuit went to Bradford for the weekend with the youth worker at the time. I wasn’t particularly “Christian” but I went as all my mates were going. I got asked to present a demonstration in the Sunday school that weekend on God’s love. I was terrified how can I do this when I don’t know that I believe it myself. I presented my demonstration with a vast amount of encouragement from the leaders from the circuit. It comprised of a magic trick with 3 different lengths of rope to determine who god loved more the “cool kid”, “Average Kid”, “Nerdy kid” all the young people said that of course God loved the cool kid more. I did a simple trick and made the three pieces of rope all the same length and explained that God loves us all the same. I don’t remember much else about that weekend other than keeping the leaders awake every night. Once home the Youth worker asked me round his home for dinner, he explained that he had a letter for me. The letter stated that a girl who had been in the Sunday school and heard my talk and had become a Christian because of it. She explained that she had cerebral palsy and felt like the Nerdy kid as she couldn’t join in games and felt like she didn’t fit in. I gave my life to Christ that night as I was overcome with emotion and conviction that he loved me, and he truly was my best friend. He spoke through me that day and transformed my life in doing so. “I can do all things through Christ who strengthens me” and that has never been truer than now. God Bless you all. Adam Hadley.

A CONVERSATION IN RHYME

A poem by Judy Betney she wrote this is 1997 after visiting Israel.

“Did you know that Jesus was Jewish?”
Said the woman to the man.....“don’t be silly, He’s a Christian
where do you think our faith began?”

“Our faith began with Abraham, the father of the nation
through Kings David and Solomon, we have our sure foundation”.

“Do you realise what you are saying, you’re saying Jesus was a Jew....no one ever told me that.....are you sure what you’ve said is true?”

“I’ve told you, Jesus is Jewish, descended from Sarah and Abraham!”

“How can you think that, didn’t the Jews kill the Son of Man?”
“No, the Jews didn’t kill Jesus, just people, not unlike you and me. Except, they refused to believe the ancient prophecy”.

“ Jesus laid His life down, as a willing sacrifice. It was our Father’s purpose, that He should pay the price”.

“Messianic Jews worship Jesus as Lord, though His name has a different translation, they know Him as Yeshua, like Jesus, it means salvation”.

“Now I see....Jesus was Jewish and we’ve become part of God’s great plan, with the roots of our faith, set in God’s covenant with Abraham “.

One day last week I sat sorting through some old books (as you do during lockdown,) and came across a copy of A CHRISTMAS COMPANION, compiled by Martin Smith back in December 2015, started to read and it got me thinking about the children I had looked after at school or at Girls Brigade, especially the infants at Christmas performing the Nativity play. The girls we had dressed as Mary, holding baby Jesus, (mostly a plastic doll) sometimes being held upside down by the feet, or dressing Joseph in his best dressing gown ( brought in by a proud mom) with a colourful tea towel on his head, held in place by an elastic belt or a bit of rope, wearing his new socks on his feet in an assortment of colours, also got me thinking about all the residential with school or Girls Brigade camps I had attended, hearing the chatter on the coach, about what they had been up to or what they would like to do when we get there, then there were the questions, ARE WE THERE YET? WHAT’S FOR DINNER? ARE THERE ANY VIDEO GAMES TO PLAY WITH? I NEED THE TOILET!!! CAN WE SHARE A ROOM BECAUSE WE ARE BEST FRIENDS YOU KNOW? Then falling out before we arrive, on and on the questions were asked, but what wonderful memories of children I have been privileged to have in my care over the years, SUCH BLISS, GOD BLESS THEM ALL. Jill Rushton.

Whilst on a cruise of the Mediterranean a minister found himself treading water after falling overboard and watched as the cruise liner disappeared over the horizon. Unfazed the minister began to pray for God to save him. An hour or so passed and a small boat appeared, the captain shouted to the minister climb aboard. The minister still praying and treading water shouted back that’s ok God will save me! And the boat left. Another hour or so later a private yacht pulled up to the minister and the captain again shouted, climb aboard and again the minister replied no thank you God will save me. The second boat left. Shortly after the minister perished and went on to glory. When at the gates the minister asked saint Peter why god had not saved him? Saint peter looked at the soggy minister and said. Who do you think sent those two Boats!
Its an old un but good un as my Grandfather used to say but this story is very relevant today amidst all this chaos and all of us not being able to go into our Church buildings. Not being able to share fellowship is hard there is no doubt, but I’m encouraged by the telephone conversations, zoom meetings, (I never thought I would hear myself say this!) even face book has kept us all in touch with one another we are truly blessed that God has sent these “electronic life boats.” Tony Frate.

Something to think about

“Take care to love your enemies, after all you made them”!
Sometimes it’s easy to offend or be offended but as Tony likes to tell me there are three sides to every story. What we think happened, what the other person thinks happened and lastly what really happened.

If nothing else Covid has shown us that we are all the same whether we are aware of God’s love or not. Helen Frate.

What are those who believe in Jesus called to do as a result of their belief? Read John 14:12.

Just a reminder that the full time ministerial team along with the local preachers and other groups are filling the circuit website and Facebook page with lots of inspirational content that we should all be supporting by logging on and looking. Sunday services are posted weekly in written and video format along with pastoral letters and other information.
We may not be able to gather in buildings, but God sent the internet!

Can I also mention the district website which is also a great source of information and Christian fellowship.
If anyone who does not have access to the Internet is interested in knowing more please contact Helen, Adam or myself.

God Bless you all.

We will continue to produce these newsletters in the hope that it unites us in fellowship and prayer. As a team we would love input from all who read this, and feel free to pass it on or let us know of people who would like it and we will gladly facilitate that.

If anyone would like to submit anything to the next newsletters, please email us –
Adamldhadley@gmail.com or Tony.frate@bip.co.uk